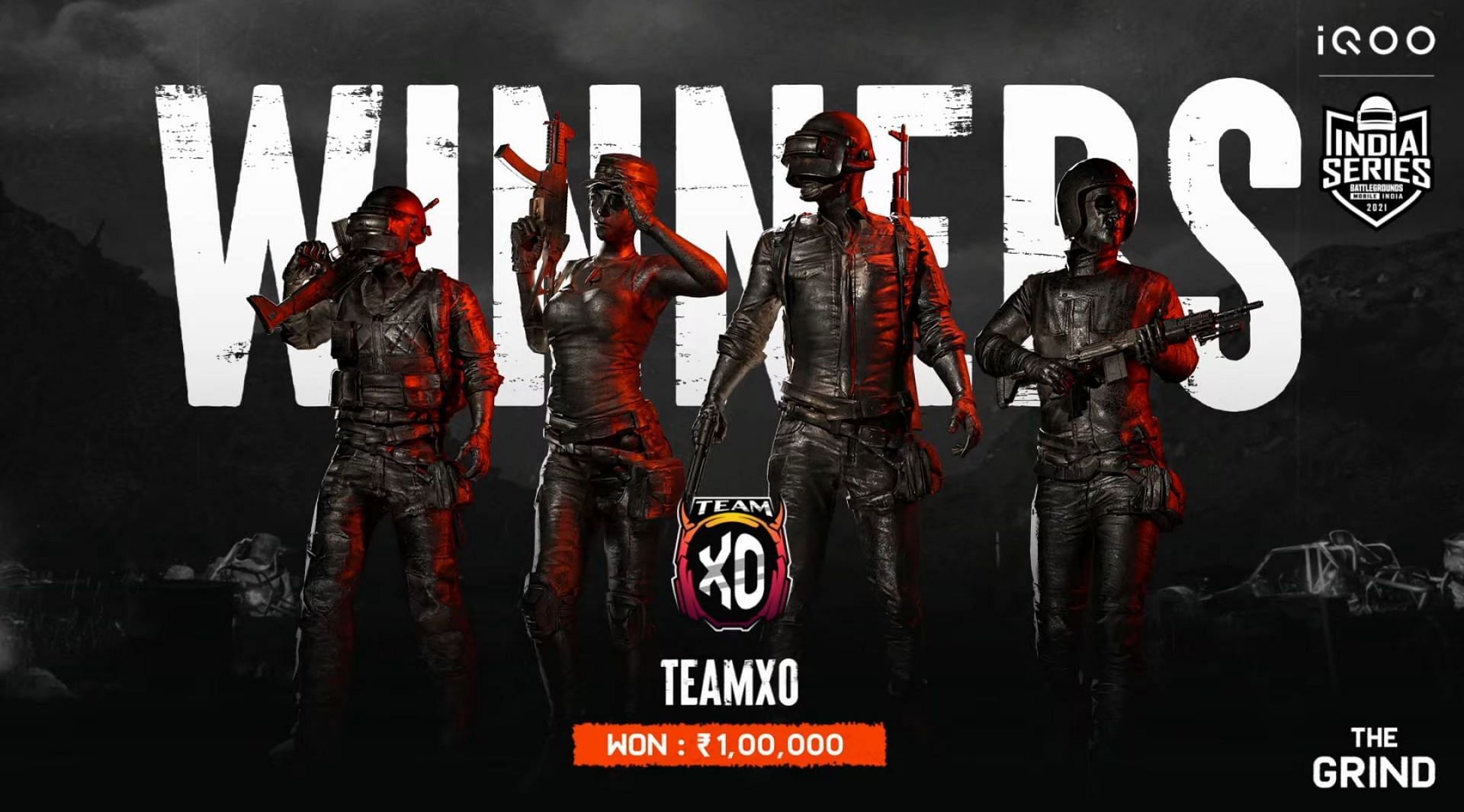 Team XO wins The Grand Finals of the BGIS The Grind 2021 Scrims. the event finished on 12th December 2021, this event started on 2nd December 2021, with 32 top teams from India they have been Invited to play this scrim to practice for the upcoming BGIS 2021 (Battlegrounds Mobile India Series) tournament. The Final was held for the course of two days, intense competition was witnessed in the finals between the top 16 teams of the country.

Team XO dominated the whole event from the very first day of the tournament, and they are the only team to grab four chicken dinners in the finals. They accumulated a total of 173 points with the help of 77 frags. As a result of a successful second day, TSM (India) came in second place with 157 points. The team gave a thought fight to Team XO in the final, and was also the most aggressive in the finals, TSM (India) secured 81 points through frags. 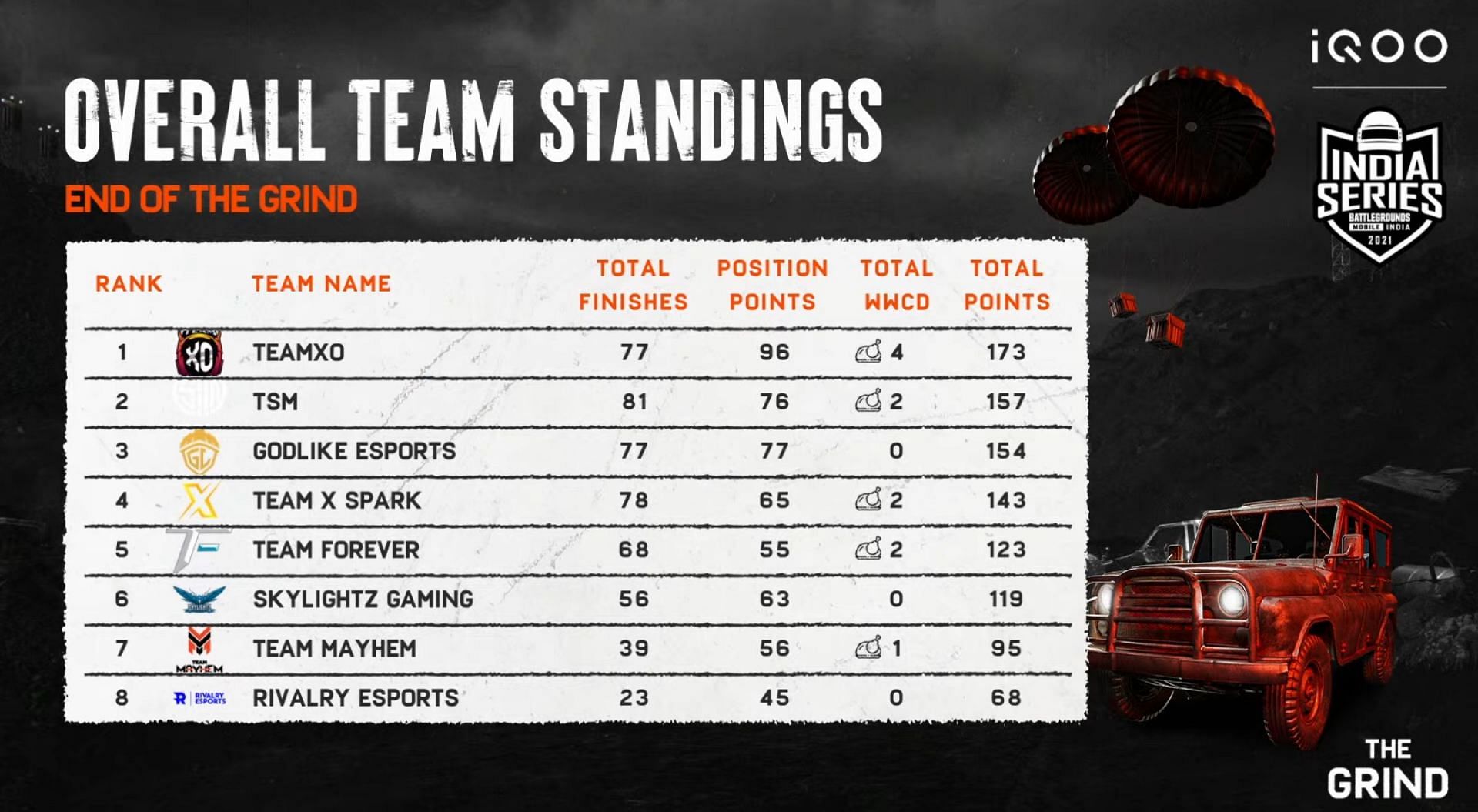 Godlike Esports once again proves, why they are the most consistent team in the country, and considered as the best in the country. They finished 3rd with 154 points. on the other hand Team XSpark finished in fourth place. On day 2, Team Hydra and Team Soul failed to perform in the finals and finished at the bottom of the rankings. 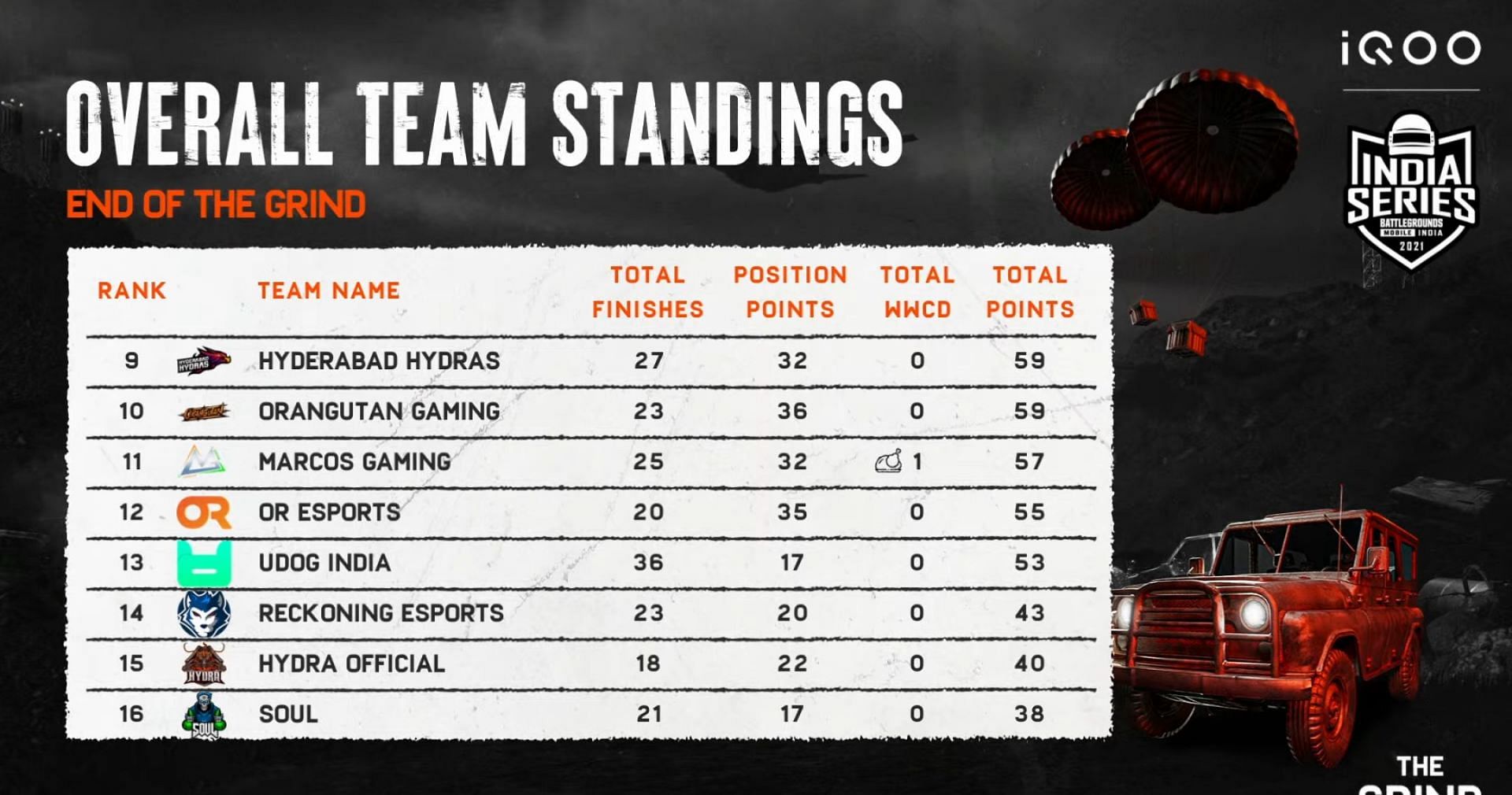 Prizepool distribution of the BGIS The Grind 2021 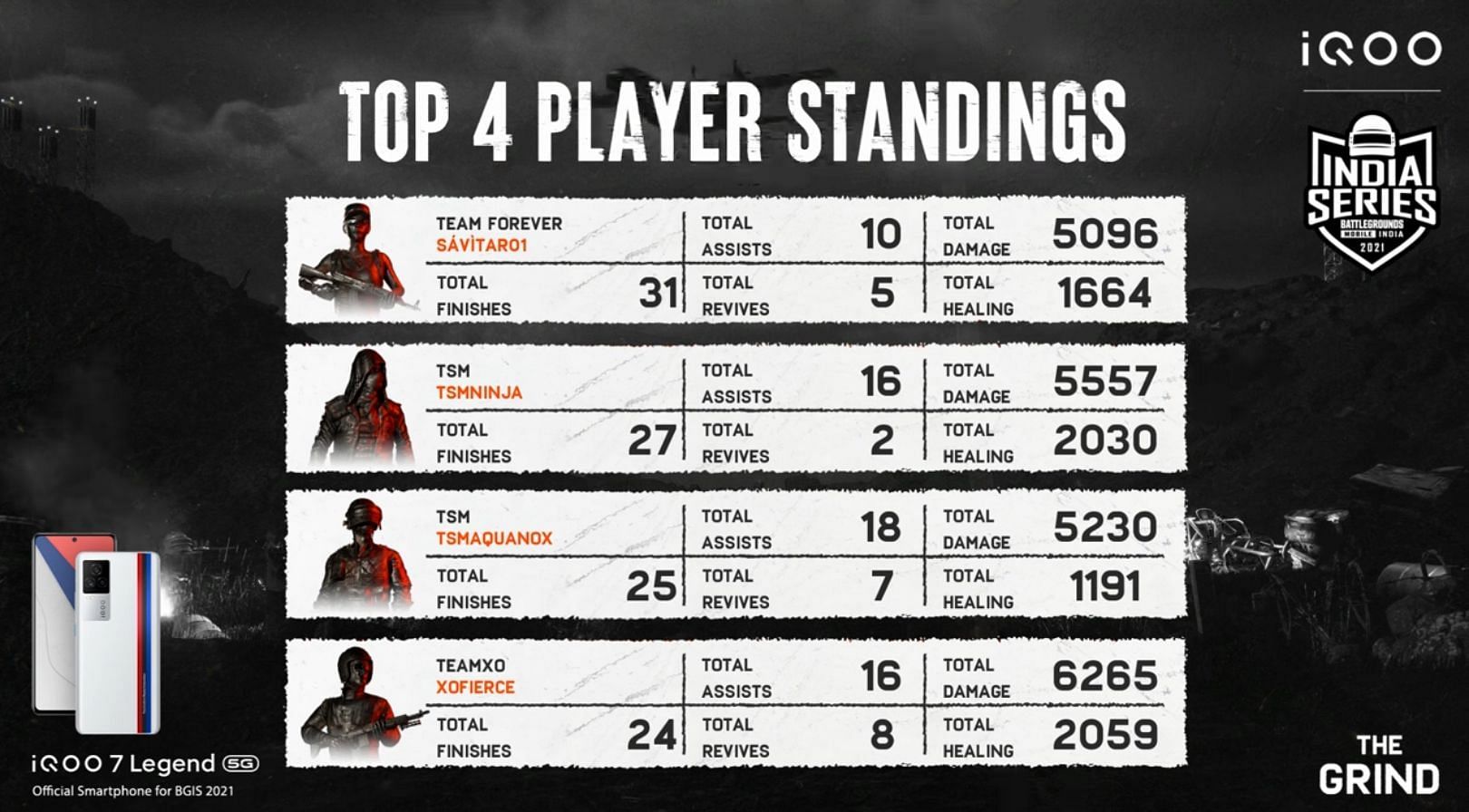 Team XO won the second match which was played on the desert map (Miramar) with 12 frags, with Fierce being the MVP of the match with six frags. Team Godlike once again played very well, they grab 24 points from the second match of the final day.

TSM (India) won the third match of the final, which was played on the default map of the game Erangel map with 14 frags, where Blaze alone took seven frags. followed by Hyderabad Hydras and Skylightz Gaming gets eight and four frags, respectively.

The fourth match played on the rainforest map (Sanhok), was again won by TSM with 14 frags. where Team Soul did well to secure third place with three frags in the match.

Team XO won the next two matches which change the whole overall points table of the event with 11 and 10 frags, respectively. Team XSpark manage to come second in the fifth match while Team Godlike were runners-up in the final game.