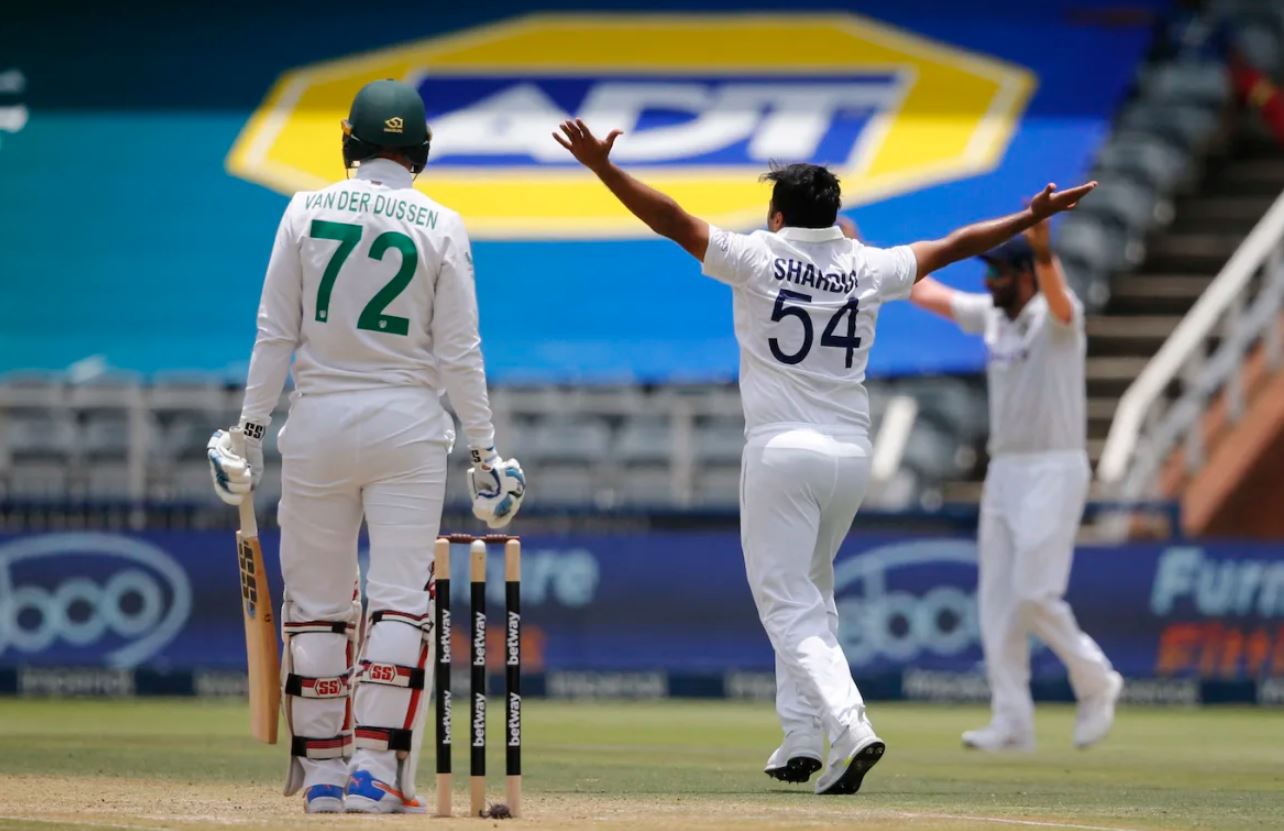 Shardul Thakur’s career-best bowling in South Africa, the rhythm of the hosts. Before going to the tea break, South Africa lost seven wickets, Shardul took all five. Starting with the wicket of captain Dean Elgar, the Indian pacer completed his fifth wicket by returning Temba Babuma.

Was Rassie van der Dussen out or not? 🤔 #SAvIND #CricketTwitter

Shardul is flying back to Dean Elgar and Keegan Petersen with his great spell. South Africa waiting for lunch, Rasi von der Dussen at the last-minute pavilion; The third victim of Shardul’s great spell. However, the manner in which the Proteas batsman was dismissed has given rise to controversy. The on-field umpires gave out, but later video footage showed Rishav touching the ball to the ground before reaching Panther’s gloves. The captain and coach were seen talking to the match referee about Dusen’s dismissal, but nothing worked.

also read: James Anderson shared his thoughts on Broad and his retirement

Shardul picked up two more wickets after lunch, South Africa lost three wickets before going to the tea break. Shardul has completed his 5 wickets by trapping Kyle Vereen in lbw, turning Temba Babuma into a catch for the pilgrims. This is the first 5 wickets of Shardul’s Test career, before that 4 wickets for 61 runs was Shardul’s best bowling figure.