Rajasthan Royals have signed South African Chinaman Tabriz Shamsi in the second round of the Indian Premier League (IPL). Australian pacer Andrew Tye has withdrawn his name to replace him as the number one bowler in the T20 rankings.

IPL 2021 has been closed midway due to Corona. The second part of the event will start on September 19 in the United Arab Emirates. Tier decided to leave the IPL to spend more time with his family. Mustafiz’s team was in great danger of withdrawing the tie name. By pulling Shamsi in the team, the Royals have got rid of that danger for now. 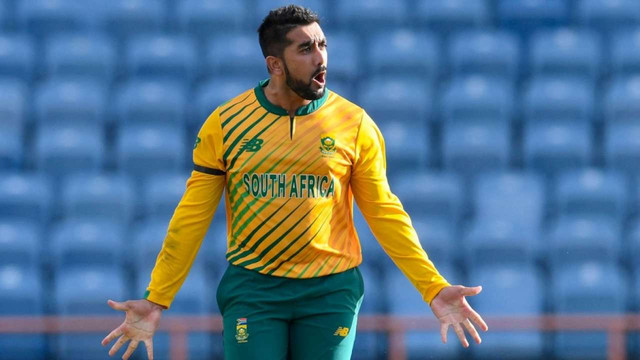 English fast bowler Joffra Archer has already been ruled out of the IPL due to an elbow injury, while Ben Stokes has been ruled out of cricket indefinitely due to mental depression. The Royals are also worried about when he will return. Jos Butler’s child has raised his name to stand next to his probable wife.

Shamsi had played in IPL before. The Proteas played for Royal Challengers Bangalore in the 2016 IPL. Surprisingly, he also got the opportunity to serve as a substitute. Although the event did not go so well, he took 3 wickets in four matches.

Shamsi, 31, made his international debut in 2016, in a series against England. Since then he has been the regular face of the Proteas camp limited-overs team. He has taken 45 wickets in 39 international Twenty20s and 32 wickets in 26 ODIs.