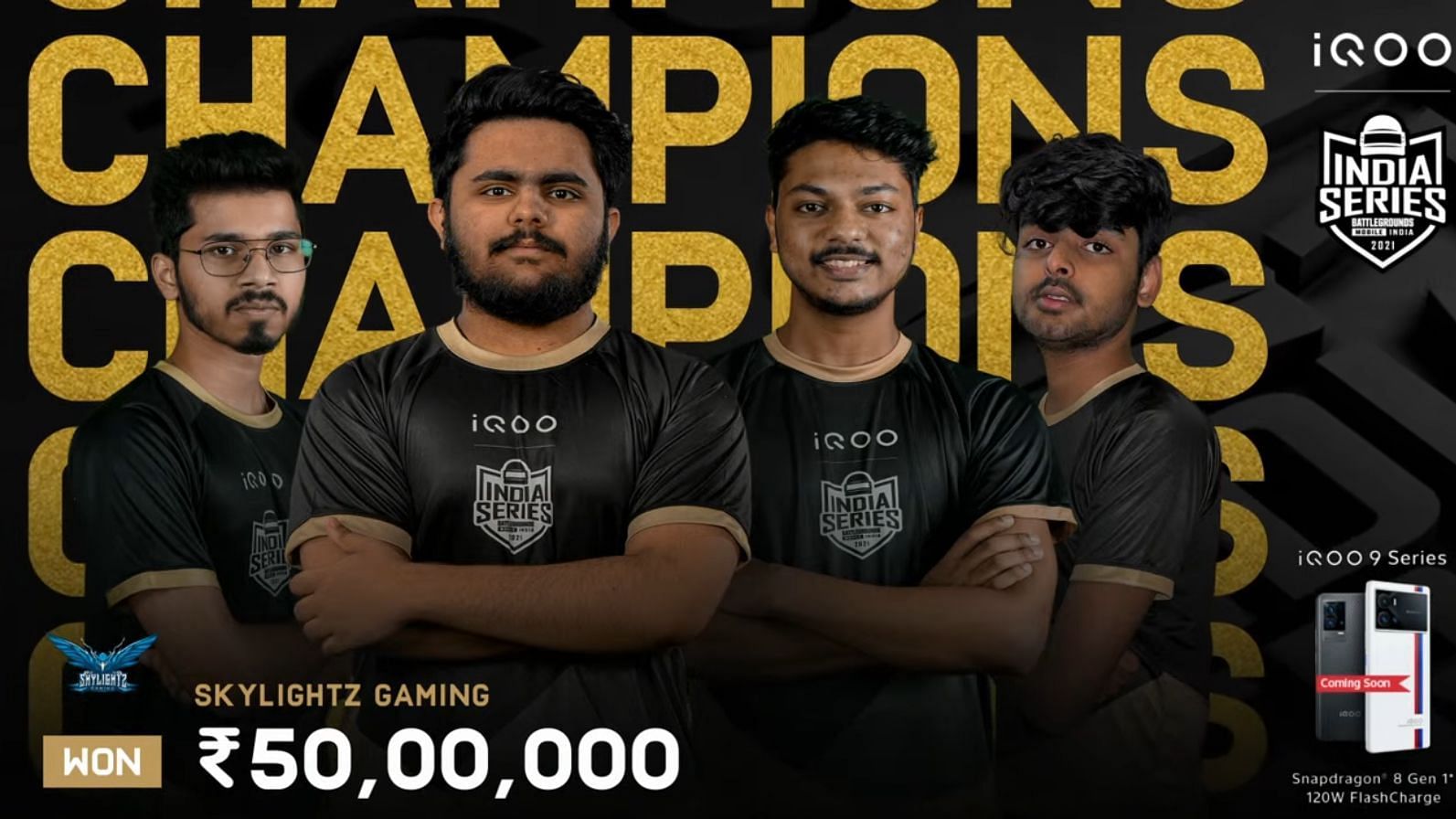 The Grand Finals of the BGIS 2021: BGIS 2021 Grand Finals concluded and Skylightz Gaming emerges as the winner. Over the period of the past four days, the winner of BGIS 2021 decides on the last match, it’s been intense competition between all the top 16 teams of the country.

Team Skylightz Gaming dominated the event and they were able to grab three chicken dinners in the finals. Team Skylightz Gaming accumulated a total of 273 points with the help of 109 frags. They were in third place at the end of the third day of the BGIS 2021 finals. but on the very first game on the fourth day of the finals, Skylightz Gaming takes first place by taking a chicken dinner, and till the last match, they hold their first place and win The BGIS 2021. The team will get ₹50,00,000 lakh as they become Champion.

Skylightz Gaming has also qualified for the PUBG Mobile Global Championship (PMGC 2021) Grand Finals, which was declared earlier, whichever team wins BGIS will get a PMGC final slot. PMGC will start later this month (21-23 January). Skylightz Gaming will be the only Indian Team representing India in the $6 million global event. 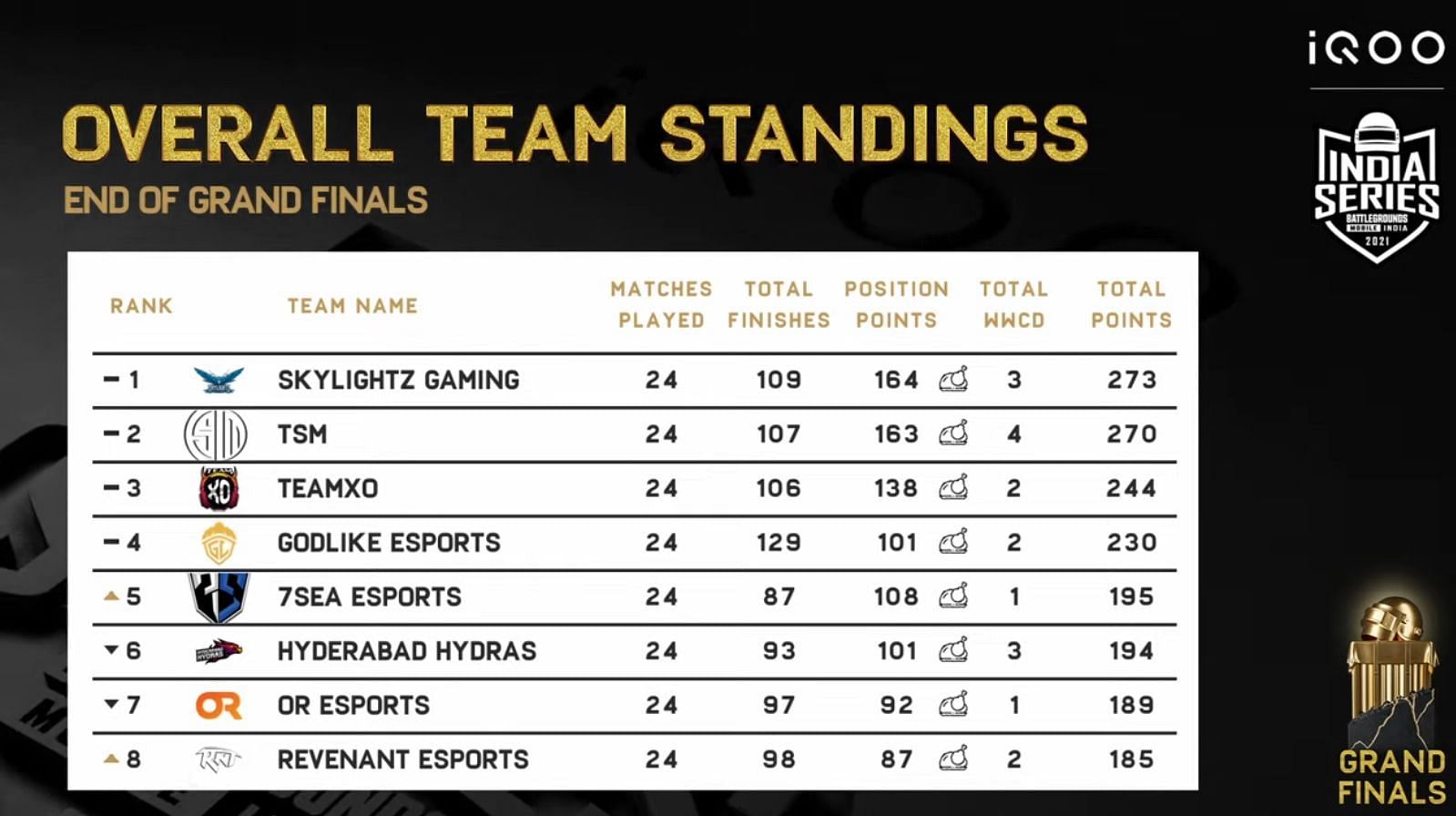 While TSM came in second place with 270 points. TSM was also the most aggressive in the grand finals with 107 points through frags. The team will get ₹25,00,000 lakh as they become Runner Up. 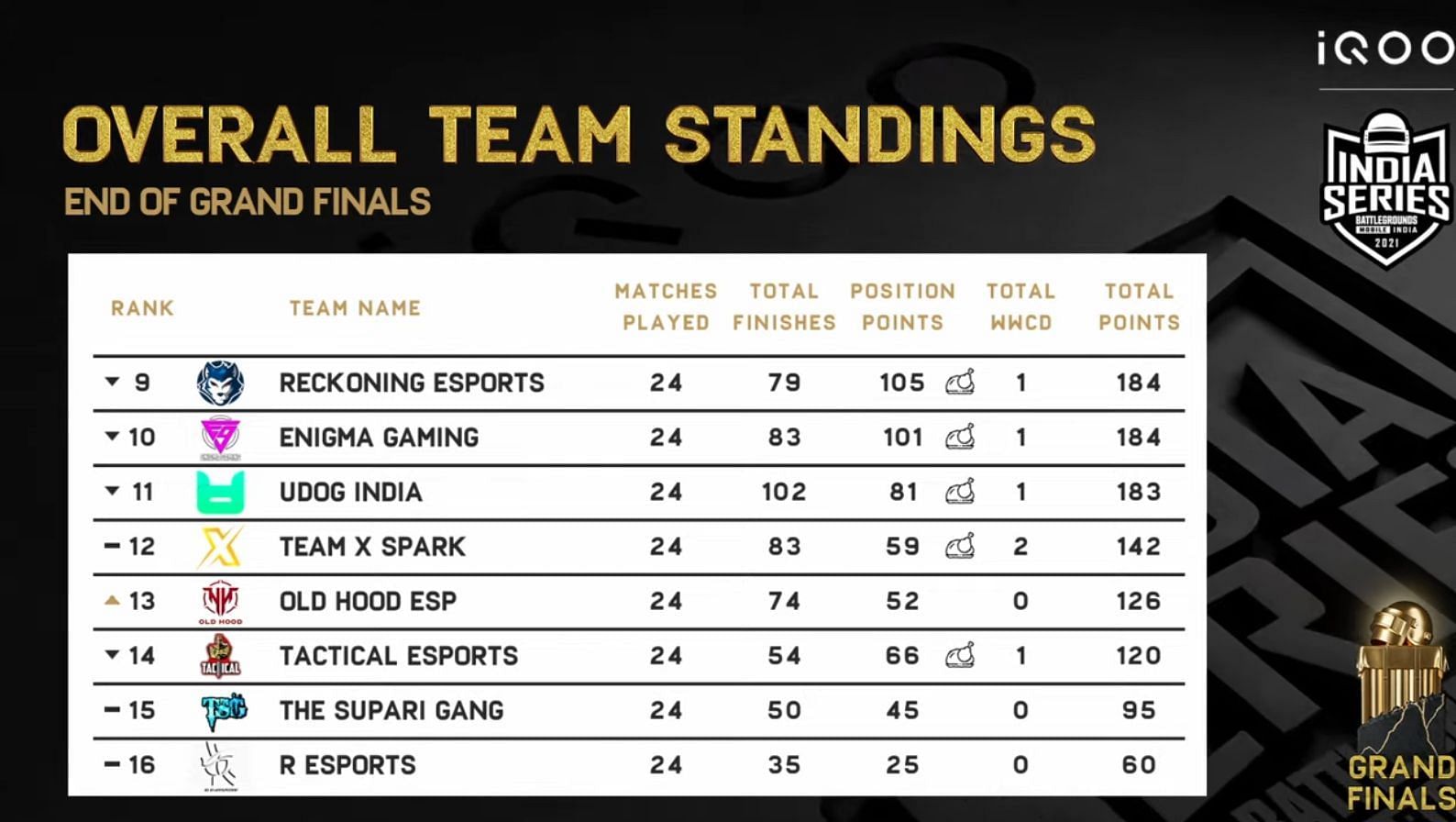 Team XO came third place with 244 points and they got 106 points through frags. The team will get ₹10,00,000 lakh as they become third in the Tournament.

But fan-favorite Team GODLike started the final day of BGIS 2021 with good points but on the last three-match they failed to gain points and they ended in fourth place in the BGIS 2021 finals with 230 points, but they are the highest fragging team in BGIS 2021 they manage to get 129 points through frags. The team will get ₹4,00,000 lakh as they become fourth in the Tournament.

Among the other top teams, 7Sea Esports play on the last day very aggressive style, which earned them 5th position in the Tournament. they wear on 11th position at the end of the third day, they really come back strong and get the 5th place. The team will get ₹2,00,000 lakh as they become fifth in the Tournament. 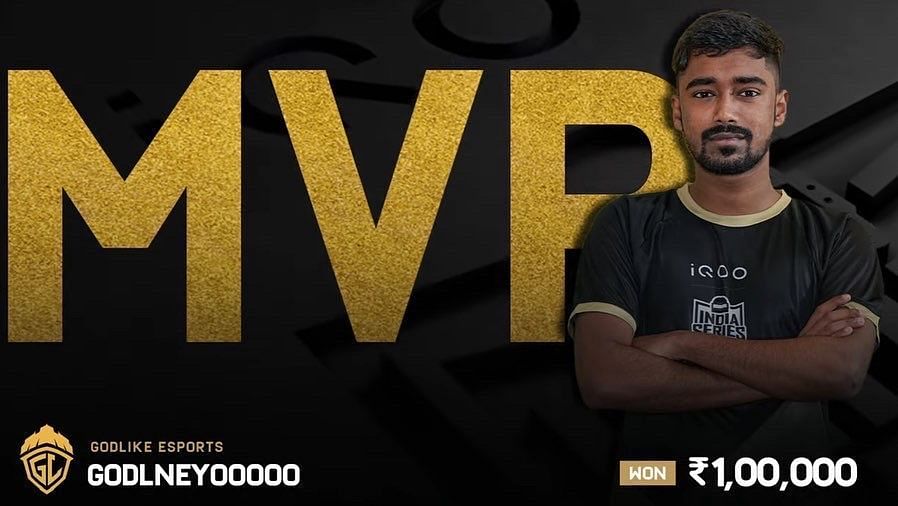 Neyoo was declared the MVP of the BGIS 2021 and he will take home a total of ₹1 lakh for his impressive performances.