The match between Multan Sultans vs Peshawar Zalmi will be conducted by 4 neutral umpires and one match referee. So there will be no bias here. The umpires for 5th match in 23th February are Richard Illingworth and Shozab Raza, Asif Yaqoob as the third umpire, Ahsan Raza as the fourth umpire and Roshan Mahanama as the referee.

Both teams will take the field with 11 players. Mohammad Rizwan will be the captain and wicket keeper for Multan Sultans. On the other hand, Kamran Akmal will play the role of wicket keeper and Wahab Riaz will play the role of team leader for Peshawar Zalmi. Below we list the complete players. However, for some reason the player selection may change.

However, it is not possible to predict Peshawar Zalmi vs Multan Sultans matches by previous statistics alone. We need to give more importance to the current season. Looking at the previous matches of the two teams this season, we see that Peshawar Zalmi lost their first match and Multan Sultans lost their first match. Therefore, both the teams will try to play well in the next matches.

Whether the previous matches were lost or won, this match needs to be predicted considering the overall aspect. Moreover, according to the analysis of most sports websites who have predicted the game between Peshawar Zalmi and Multan Sultans, we will try to give a possible idea. This prediction Pes vs Mul may not be 100% accurate. There are 30 double round-robin matches. That means every team will play with each other for two times. So Peshawar Zalmi and Multan Sultans also will face each other for two times in PSL 2021. However, if they both qualify for next rounds than they have also chance to play final. Let’s have a look for Peshawar Zalmi vs Multan Sultans all matches date & time.

The match between Peshawar Zalmi vs Multan Sultans will be played at the National Stadium, Karachi. Sony Network is one of the few media outlets to broadcast PSL 2021. Moreover, Pakistani viewers can watch the match live online or on TV on the PTV channel. 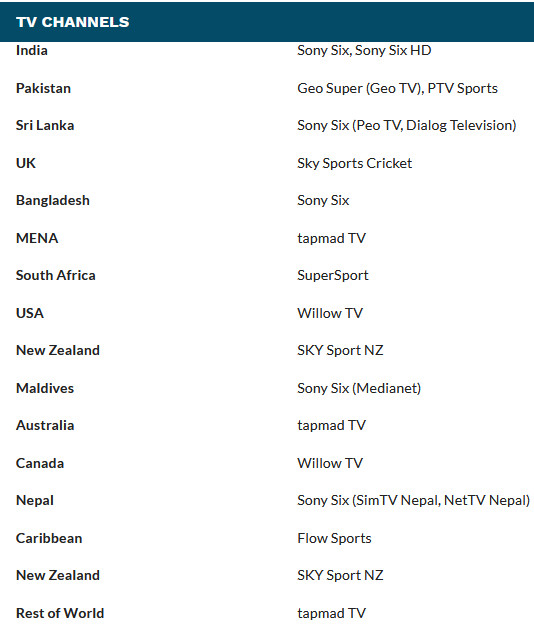 From 18 February 2021, the 6th edition of Pakistan Super League (PSL) has begun in Pakistan. This is the second time it is being held in Pakistan. PSL 2021 will be held in two stadiums. 14 games will be played at Gaddafi Stadium, Lahore and 20 games at National Stadium, Karachi. Although the two stadiums have a capacity of 27,000 and 32,000 respectively, 7,500 spectators in Karachi and 5,500 in Lahore will be able to enjoy the games at the stadium due to the Corona situation.

For Pakistani users can watch free PSL live match from Ptv Sports and Geo Super tv online. Both channels are offers to watch live PSL officially. But if you are from another country, then you have to use proxy or need to use some mobile app to watch PSL live Peshawar Zalmi and Multan Sultans match.

PSL Live By SonyLiv For All

Are you a cricket lover and want to watch the Peshawar Zalmi vs Multan Sultans match live on mobile? But you can not watch for geo restictions! In this case watch PSL live matches from Sony Liv app or Sony Six app from playstore. In playstore, there are available some app those are support to streaming Sony network tv channels.

Pes vs Mul live PSL match can be able to watch online through Toffee app by Banglalink. This app is free to watch all tv channels like Sony Ten 2, and more. In the case of PSL live, you can watch online Sony TEN 2 on Toffee app free. Toffee app is available for Apple and Android platform.